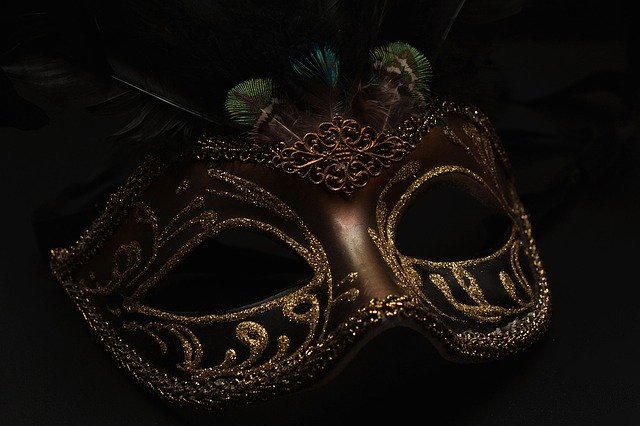 On the Wednesday that Abe would die, he sent a text message to all of his friends. “I want costumes. I want Halloween, and I want to go out to the pub.” It was early in the morning, and some were still in bed; others had started their days at desks. Some farmed and had been up for hours and didn’t see the message until lunchtime. Some wrote back, disbelieving but wanting to play along: “When?”

Abe was so nearly gone. He was now, always, attached to a bag of morphine; he was supposed to have died yesterday. Some friends wrote back to applaud the spirit of the invitation: “We love you, Abe. We are thinking of you. Let us know if we can bring you anything.” The rest did not reply. They had said their goodbyes, and it was hard to find words after goodbye. All else seemed redundant or like a dragging out of stilted formality when what they wanted to remember—what Abe should carry with him—were the good times, the spontaneous flares of joy and grief, for they had shared each in all the years together.

At four o’clock, he sent another message: “Tonight—Costumes, the pub! Please come.”

The friends had closets full of costumes. Abe was a regular in community theatre productions, and the performers and crew had become his large family. His parents were gone; his wife was gone; his children were far away. It was this assembled family with whom he wanted to spend his final hours. Moira and Colin and Ken and Stephan, Colette and Joseph, T and Big Bill. He wanted to spend these hours with Meg Wylie and Josiah,Lucette Jones-Kalep and Molly Bovarn; yes, especially Molly Bovarn. Oh, those eyes he’d memorized, an arresting seaweed green. He knew always which way they would turn and direct, thoughtfully absorbing story. She danced healthily into her late fifties. They had been through storms and sunsets for all of these years—each of them marriages and children—and here they still were, knowing each other, really knowing.

But it was Ken who went to see Abe first on the day he would eventually die. He knocked and waited, and the longer he waited, the more he thought this is it. But Abe came to the door, with his morphine, looking gaunt and pale as he had for months. “It’s a celebration,” he said, and he smiled, and through his atrophied muscles and thin flesh, his joy was visible. He gestured weakly, like a much older man, separating his wrists and curled hands as wide as they would spread, to say it was a celebration, an expansive celebration, and that everyone was welcome and invited. Ken knew this meant Molly in particular, but Abe wanted a crowd, a party, and so Ken started making the calls.

It was easy to gather the troops once they knew Abe meant business. What do you say to a man on his deathbed? You say yes; you say yes!

They dressed quickly, throwing on clown suits and boas and masks, top hats and tails and rabbit ears, princess gowns and face paint and anything that was out of the ordinary. Ken helped Abe into tuxedo pants, a clean white T-shirt, and a jacket, and he looked dapper despite his near translucence. He looked alive. He was alive now; he would die later.

They paraded into the pub to the sounds of gawking others. A little boy cried in terror at Ken in his lizard mask. He took off the mask and smiled kindly at the boy, now curled in his mother’s arms. “I’m so sorry,” he said, but he did not explain.

The waitress assessed the crew and looked overwhelmed by their number or startled by their dress, and Josiah tried to tell her that they were there to celebrate the life of a dear friend, and she blinked with a semblance of understanding, but the real understanding came when Abe spoke to her: “It’s Halloween,” he said with all of the gusto he could manage, and it was not much gusto, and it was clear that he was a dying man. They ordered pitchers of beer and fries for Abe that mustn’t have salt, and the waitress blinked back tears and shook off chills; she was inexperienced with life and with death.

Molly went to the bar and asked if there was any way to play New Orleans brass, and the manager, who knew both life and death, tapped a button and made it so, and thepub swelled with brass and life, and most of the people had no idea that this Halloween in August was Abe’s first and last Halloween in August.

Talk was jokes and stories, and the tone teetered between birthday celebration and joyful wake. There were warm pauses, too, in between.

Big Bill recalled the time when Abe knocked over a set wall, exuberantly dancing as Fagin in Oliver!

Lucette and Molly teased about the time he had them each convinced she was his only girlfriend. They laughed about the years it took for them, the two humiliated women,to form a friendship outside of Abe, and thank god they did because what would they do without each other now? Times like these.

And talk of times like these got them on Henry who had died a few years back from throat cancer, and no doubt he would be at the table now, were he living. He’d have polished a pitcher, solo. He’d be dressed, they all put in guesses, as Superman or Zorro or some such brawny and heroic figure. He’d be trying to outshine Abe, the dying man, they all laughed.

Abe laughed, too, and he missed Henry, and he thought—but not for long—about how it would be for them to miss him, to miss Abe. It would be sad, he knew, for each of them in a different way. Sad for Molly to miss her riverside walking companion. Sad forMeg and Josiah not to see him at the coffee shop in his usual spot, drinking decaf and flirting wildly with the counter girls. Just like they felt the big, cool place-holder that was where Henry had been, they would feel it with him, with Abe, though it would be physically smaller, and, maybe, he fancied, a little warmer. Bah! he thought, because heknew he could think happier thoughts on the night he was going to die: warm friends, crisp fries, Molly and music and everyone dressed for his favorite holiday. Even the weather was right, this oddly cool and drizzly summer night.

Ken sat back and took it in—the crowd and the costumes, his dear friends and therambunctious music. He smiled at the waitress who he imagined pieced together more and more the story of Abe, and he saw she was teary, and it made him feel teary and connected to her, but he knew better, much better, than to spoil this night with tears. There was plenty of time for crying and not nearly enough time for this celebration.

And it wasn’t long before Abe grew too tired to sit up, and so they gathered by the door of the bar, preparing to go, and, just with luck, “When the Saints” rang through the speakers, and the smiling and dancing, costumed crew went marching on into the cool and rainy August Halloween night, clapping and celebrating and feeling their veins draw life from their hearts, working like the vines of flowering pumpkins.