In the Spotlight: James McKee 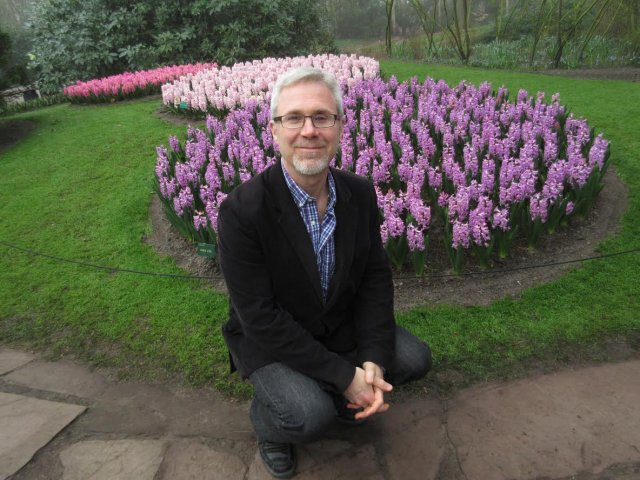 James McKee and his wife live in New York City, where they each work as educators. After studying English and Philosophy at the University of Virginia, he held a number of jobs before spending over a decade as a teacher and administrator at a small progressive high school in Manhattan. He currently works as a private tutor and spends his free time, when not writing or reading, traveling less than he would like and brooding more than he can help. His poem “Home” appears in Volume 36 of The Worcester Review.

Your poem “Home” describes a situation many people encounter, having a loved one move to a nursing home. What is your experience with this and how did it inspire you to create a poem about it?

When my mother became ill for what turned out to be the final time, I simply refused to acknowledge the gravity of her condition until the visit depicted in the poem, when at last I was forced to admit she was dying. We were very close—I was her only son—and in recent years she had been hospitalized more than once, always returning home after a week or so. This time was different, and I wanted the poem to present the speaker’s experience becoming irrecoverably aware of a loved one’s imminent death. Once she knew that I had finally accepted, or at least understood, what was happening, there was very little time left; under the weight of what was soon to come, we were often unable to say very much to each other. Somehow every trivial detail of the home, which was really not so bad as such places go even if my memories of it have a Grand Guignol savagery, exacerbated my grief at soon losing her.

A lot of people talk about the “sandwich generation” as being the generation of people that have to simultaneously care for their children and their parents. What’s your take on that situation?

My wife and I don’t have children, and even though my mother continued to live on her own until her final illness, the strain of worrying about her all the time & checking up on her regularly took its toll on me (and on my wife). On the one hand, I can only imagine how stressful raising children while caring for a declining parent might seem—yet I also think they would be, in their boisterous and uncomprehending way, a great comfort and source of strength, a distraction from grim clinical realities.

How did you first get into writing?

I have wanted to be a poet almost continuously since my teenage years, although it took me a long time to attain the discipline necessary to write in a sustained and artistically serious way. Certain poems I read in high school, “Prufrock,” “Dover Beach,” “The Tiger,” haunted me in a way that at the time I hardly understood, but that now I recognize as something like a summons.
As an adult, I have pursued my writing entirely outside of the academy and its adjunct structures—since I took my bachelor’s in the late 80s I have never been back to school—so my writing has been done when the quotidian pressures of earning a living etc. have permitted. Basically, I would read a poem by Wallace Stevens or, later, Philip Larkin, and say to myself, Wow, I’d like to write something like that—and to a certain extent, that’s still what I do today, though of course their mastery remains far beyond my own efforts.

Was “Home” emotionally difficult to write? Can you explain your process for writing this poem?

Rereading the poem for this interview, I felt again, almost against my will, the tidal pull of the emotions of that time—fear, anger, horror, despair—in a way that makes plain what most poets know, which is that one way emotions reside in a poem is to be trapped there in a well-crafted cage of words, awaiting their brief but intense moment of freedom when a reader, new or returning, engages with the poem and thereby lets them loose within him- or herself. Naturally my own relationship to this poem is unique, but like every artist I hope that readers who have experienced loss, or who can envision such loss—basically anyone at all—will find that its words articulate their feelings with a degree of clarity, complexity and memorability they might otherwise never have attained. I think that recognizing in a poem what is unloveable in ourselves—in this case, our grief, our fear— is, perhaps paradoxically, ultimately quite liberating because it replaces isolation with solidarity. When what is unspoken within suddenly gains a voice in this way, we enjoy a glorious respite from the cell of the self.

As for the process of writing it, it amounts to not much more than a series of incremental “raids on the inarticulate,” to borrow Eliot’s famous phrase. I start with really very little—a phrase or two, some apt rhymes, perhaps an image—and then I see where the thing will take me. Quite early on, usually, a meter and a stanza will assert themselves and, by their resistance to facile statement, require me to write with as much compression and precision as I can achieve. Because the experiences that inspired this poem were so recent and so vivid, it was easier for me to write, technically if not emotionally, than many others. About halfway though there is always a phase when I feel completely lost, which I have by now learned to recognize as just another hazard along the way, like being out of breath when exercising—you wait and it passes.

You spent over a decade as a teacher. What were some of your favorite and least favorite things about working with high school students?

When I first began teaching, I naturally went into English, especially poetry, and I was surprised to find how little I enjoyed it. Without going into a discussion of the broader societal causes at work, I found that very few students were able to overcome their dislike of difficult reading—unfamiliar vocabulary, knotty syntax—and that the pleasure that is the final goal of poetry, indeed of all art, was almost entirely stifled beneath the weight of explanation and coursework. Vaingloriously, I wanted nothing more than to awaken in my students a life-long love of poetry, but it seemed that all I could do was to reach a very few and bore the rest. The failure was entirely mine, of course, and once I switched to subjects like History and Latin, the teaching life claimed me for good. What I most like about working with teenagers is how they retain a straightforward desire for justice, an uncomplicated and visceral sense of right and wrong that too many of us, as adults, learn to suppress or ignore. They can also be hilarious.

The Worcester Review thanks James for the insightful interview.